In the world today, the United States of America is the strongest country in terms of its comprehensive national strength, and it owns the most advanced science and technology. Yet it is also the biggest loser in the battle against the pandemic of the coronavirus disease 2019 (COVID-19), and the latest evidence in this regard is served by the fact that both U.S. President Donald Trump and his wife Melania Trump were confirmed yesterday to have contracted the coronavirus. No other description of this incident is more appropriate than an “October surprise” or a “decapitation war by a virus”.

Just at the general debate of the United Nations (UN) General Assembly days ago, Trump was still wantonly boasting about his “wise” leadership and America’s “success” in fighting against the coronavirus. Now all this has become an international laughing stock. As a matter of fact, the number of confirmed infection cases in the U.S. already exceeds seven million with more than 210,000 deaths. This death toll is far bigger than the total number of Americans killed in all wars the U.S. has got itself into since the end of the World War Two (WWII). So many Americans have perished in peacetime. If this were the “America First” as Trump keeps talking about over and over, then it is really a great grief.

“Out of nothing, comes nothing.” Trump seems to have gotten the infection from his close aide, but it is his own undoing in the final analysis so the blame lies with himself and no one else.  In the beginning, he took the COVID-19 lightly, playing it down as some “influenza”; then he covered up the outbreak of the infectious disease, asserting that “it would come to an end in April”; after such lies were exposed, he began to either sling mud at China or blame his subordinates for “misleading” him, or make the World Health Organization (WHO) the scapegoat. Unfortunately, shirking responsibility solves no problem. The virus is non-racial and apolitical. It punishes whoever is slack in epidemic prevention - be he or she a high-ranking official, a powerful, a rich or an ordinary person.

Epidemic prevention and control is a science. China is the most successful in epidemic prevention exactly because it respects science.  The Unites States is bogged down in a quagmire and finds it difficult to extricate itself, mostly because Trump ignores science in epidemic prevention. He turns a deaf ear to opinions of experts and instead plays the epidemic as a “political card” to attack his political enemies internally and China externally. The most absurd thing is that he had even once promoted injecting disinfectant as treatment, boasted about an unapproved drug and took it personally, misleading the public. In the end, he is knocked down by the virus, hence shattered are not only his “super and indestructible body” but also all his brags. This self-boasted “greatest” president of the United States in history turns out to be a cloth-less emperor.

In the battle against the COVID-19 pandemic, Western countries can hardly withstand a single blow while Eastern countries show a better performance. This gives people new food for thought. Given his background and experience, it is impossible for Trump not to know about the severity of the virus and the effectiveness of wearing face masks. Yet he, in order to cater to the taste of voters, has repeatedly done absurd things and even run about to solicit votes regardless of the risk of spreading infection. This turns out to injure others and himself in the end. In the battle against the pandemic, China upholds “Human Lives First”, while the U.S. sticks to “Votes First” and even to the view that there is no need to waste medical resources since the deaths caused are mostly aged people. How hypocritical the West’s advocacy for “human rights” is!

If the COVID-19 pandemic could be said to have some positive significance, then this lies in that it shows humankind is a community with shared future. In this Global Village, when there is a disease breaking out in a place, there can hardly be safety for others elsewhere. In this battle against the pandemic, leaders must stop engaging in political manipulations and act together with one heart to win out. Otherwise, the disease will spread without end, and more and greater catastrophes are yet to come 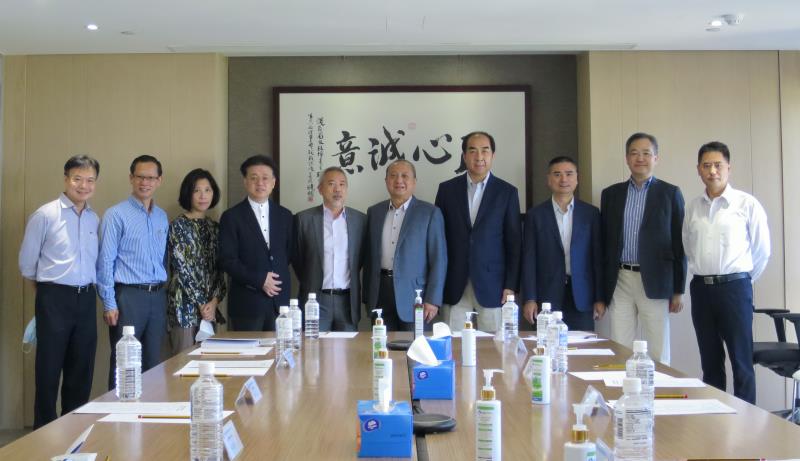